Why  writing an epic fantasy like Dragon’s Gap found it’s way into the real world. 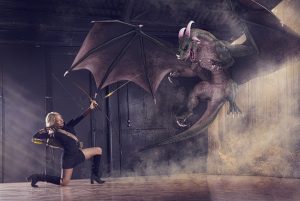 When it comes to writing an epic fantasy, I start with, first, an idea. Then I decide how many books, roughly I want in this particular series.

Not a hard and fast decision but just to give myself an idea. Secondly I decide on what attributes my characters will have. Maybe they will be shapeshifters, faeries, wolves, witches, dragons or just plain old humans.

Now I simply sit in front of my computer and start typing. If I am lucky, I create the first paragraph or even first sentence that hopefully takes me in the direction of an award winning epic fantasy novel. Of course it does!

Joking aside the fact is Dragon’s Gap was to be a six book series but the characters would not allow that. They also demanded a Christmas book.